The Right of Instruction and Representation in American Legislatures, 1778 to 1900 (Hardcover) 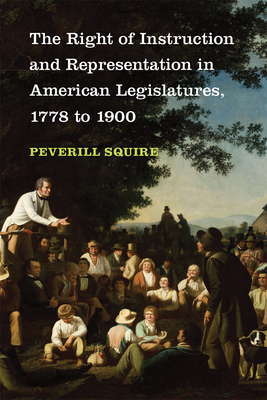 By Peverill Squire
Email or call for price

The Right of Instruction and Representation in American Legislatures, 1778 to 1900 provides a comprehensive analysis of the role constituent instructions played in American politics for more than a hundred years after its founding. Constituent instructions were more widely issued than previously thought, and members of state legislatures and Congress were more likely to obey them than political scientists and historians have assumed. Peverill Squire expands our understanding of constituent instructions beyond a handful of high-profile cases, through analyses of two unique data sets: one examining more than 5,000 actionable communications (instructions and requests) sent to state legislators by constituents through town meetings, mass meetings, and local representative bodies; the other examines more than 6,600 actionable communications directed by state legislatures to their state’s congressional delegations. He draws the data, examples, and quotes almost entirely from original sources, including government documents such as legislative journals, session laws, town and county records, and newspaper stories, as well as diaries, memoirs, and other contemporary sources. Squire also includes instructions to and from Confederate state legislatures in both data sets. In every respect, the Confederate state legislatures mirrored the legislatures that preceded and followed them.

Peverill Squire is Professor of Political Science and Hicks and Martha Griffiths Chair in American Political Institutions at the University of Missouri.

"...The Right of Instruction is a rich, layered, and broadly successful book. It convincingly recovers “instruction” as a key idiom and institution in nineteenth century democratic life. In the voluminous evidence and host of arguments that Squire offers, there are many threads for readers to pull and follow."
-The New Rambler
— Aaron Hall