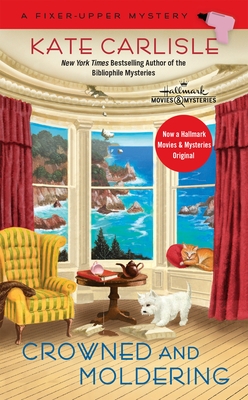 This is book number 3 in the A Fixer-Upper Mystery series.

When Mac Sullivan—famous thriller writer and Shannon’s new beau—first moved to Lighthouse Cove, California, he bought the historic lighthouse mansion that the town is named after. Mac needs help cleaning up the place, and Shannon is more than happy to get her handywoman hands on the run-down Victorian.

But during demolition, a grisly discovery is made among the debris—the bones of a teenage girl who went missing fifteen years ago. Locals had always assumed Lily Brogan ran away from her difficult life, but it seems her troubles followed her to the grave. If Shannon has any chance of getting her renovation back on track, she’ll need to tackle the cold case. But with new suspects coming out of the woodwork every day, she’ll have to be careful to pry the right secrets and clues from the poor girl’s problematic past...