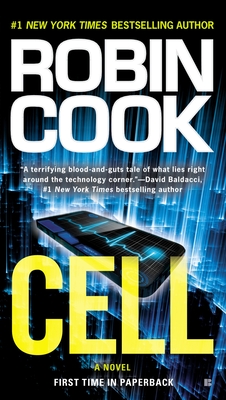 George Wilson, M.D., a radiology resident in Los Angeles, is about to enter a profession on the brink of an enormous paradigm shift, foreshadowing a vastly different role for doctors everywhere. The smartphone is poised to take on a new role in medicine, no longer as a mere medical app but rather as a fully customizable personal physician capable of diagnosing and treating even better than the real thing. It is called iDoc.

George’s initial collision with this incredible innovation is devastating. He awakens one morning to find his fiancée dead in bed alongside him, not long after she participated in an iDoc beta test. Then several of his patients die after undergoing imaging procedures. All of them had been part of the same beta test.

Is it possible that iDoc is being subverted by hackers—and that the U.S. government is involved in a cover-up? Despite threats to both his career and his freedom, George relentlessly seeks the truth, knowing that if he’s right, the consequences could be lethal.

Robin Cook, M.D., is the author of more than thirty books and is credited with popularizing the medical thriller with his groundbreaking and wildly successful 1977 novel, Coma. He divides his time among Florida, New Hampshire, and Massachusetts.

“Rare is the writer who can take us into the fast-paced, miraculous, often bewildering world of modern medicine the way Robin Cook can. Cell is a superbly crafted, full-steam thriller, to be sure, but also a vivid lesson in just how momentous are the advances being made in medicine almost by the day—and how highly unsettling are some of the possible consequences.”—New York Times bestselling author David McCullough

“With Cell Robin Cook demonstrates why he is the undisputed king of medical thrillers. Can a smartphone app kill you? You'll believe it can after you read this story, which blasts along faster than a truckload of quad core processors. Equal measures a substantive social commentary that we will all soon have to deal with and a terrifying blood-and-guts tale of what lies right around the technology corner, Cook has delivered a home run worthy of the writer who has consistently thrilled millions ever since his blockbuster Coma.”—#1 New York Times bestselling author David Baldacci

“Robin Cook has been entertaining medical thriller fans for decades, but he does much more with his latest novel, Cell...a thought-provoking story.”—Associated Press

“Cook, ever the master of the medical thriller, combines controversial biomedical research issues with critical ethical concerns and gripping suspense. This outstanding and thought-provoking thriller will attract a wide readership.”—Library Journal

“Robin Cook proves again he is the master of medical thrillers.”—Suspense Magazine