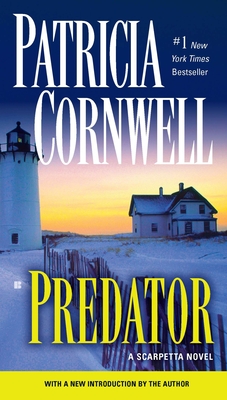 This is book number 14 in the Scarpetta series.

Investigating the disappearance of two sisters in Florida, Dr. Kay Scarpetta follows clues that twist and turn, leading her into the psychopathic depths of a jailed serial killer's mind.
Patricia Cornwell is considered one of the world's bestselling crime writers. Her intrepid medical examiner Kay Scarpetta first appeared on the scene in 1990 with Postmortem—the only novel to win the Edgar, Creasey, Anthony, and Macavity awards and the French Prix du Roman d'Aventure in a single year—and Cruel and Unusual, which won Britain's prestigious Gold Dagger Award for the best crime novel of 1993. Dr. Kay Scarpetta herself won the 1999 Sherlock Award for the best detective created by an American author. Ms. Cornwell's work is translated into 36 languages across more than 120 countries.

“Sensationally plotted, with a twist at the end that will leave you gasping for breath.”—The Daily Express (U.K.)

“There is a steely authority to the prose.”—The Independent (London)

“Cornwell and her original heroine Kay Scarpetta are both back in top form.”—Birmingham Post