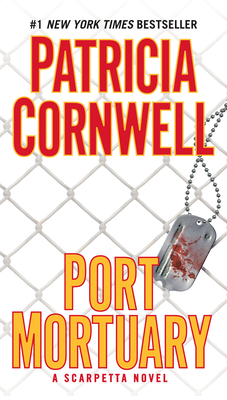 This is book number 18 in the Scarpetta series.

The world's bestselling crime writer Patricia Cornwell presents the extraordinary eighteenth novel in the Kay Scarpetta series, in which Kay Scarpetta is confronted with a case that could ruin her professionally and personally.

Kay Scarpetta has been training at the Dover Port Mortuary, mastering the art of 'virtual autopsy' - a groundbreaking procedure that could soon revolutionise forensic science. And it is not too long before these new skills urgently need to be put into practice. A young man drops dead, apparently from a heart condition, eerily close to Scarpetta's home. But when his body is examined the next morning, there are stunning indications that he may have been alive when he was zipped inside a pouch and locked in the cooler.

When the revolutionary 3D radiology scans reveal more shocking details about internal injuries unlike any Scarpetta has ever seen, she realizes that this is a case of murder - and that she is fighting a cunning and uniquely cruel enemy. Now it is a race against time to discover who and why before more people die. But that time is running out . . .
Patricia Cornwell is considered one of the world's bestselling crime writers. Her intrepid medical examiner Kay Scarpetta first appeared on the scene in 1990 with Postmortem—the only novel to win the Edgar, Creasey, Anthony, and Macavity awards and the French Prix du Roman d'Aventure in a single year—and Cruel and Unusual, which won Britain's prestigious Gold Dagger Award for the best crime novel of 1993. Dr. Kay Scarpetta herself won the 1999 Sherlock Award for the best detective created by an American author. Ms. Cornwell's work is translated into 36 languages across more than 120 countries.