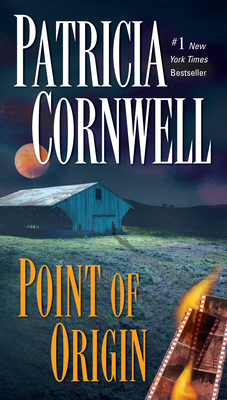 This is book number 9 in the Scarpetta series.

The clues to a series of remorseless killings go up in smoke—and only Kay Scarpetta can find them in this #1 New York Times bestseller from Patricia Cornwell.

“Sears its way into the psyche…Ablaze with Cornwell’s finest, scariest writing.”—Atlanta Journal Constitution

The devastating fire tore through the horse farm, destroying everything it touched. Picking through the wreckage, Dr. Kay Scarpetta uncovers human remains—the work of an audacious and wily killer who uses fire to mask his brutal murders. And when Scarpetta learns that her old nemesis, Carrie Grethen, has escaped from a hospital for the criminally insane and is somehow involved, the investigation becomes personal. Tragedy strikes close to home. And Scarpetta must match Grethen’s every move with one of her own to douse the inferno of evil that threatens everyone around her...

Includes an Introduction by the Author

Patricia Cornwell is considered one of the world's bestselling crime writers. Her intrepid medical examiner Kay Scarpetta first appeared on the scene in 1990 with Postmortem—the only novel to win the Edgar, Creasey, Anthony, and Macavity awards and the French Prix du Roman d'Aventure in a single year—and Cruel and Unusual, which won Britain's prestigious Gold Dagger Award for the best crime novel of 1993. Dr. Kay Scarpetta herself won the 1999 Sherlock Award for the best detective created by an American author. Ms. Cornwell's work is translated into thirty-six languages across more than fifty countries, and she is regarded as one of the major international bestselling authors.

“Patricia Cornwell retains that finer Dickensian indignation with the ways of the world that has been neglected by the small landscapes of much so-called serious writing.”—The Washington Post

“Her most engrossing effort in years…By the time you get to the gruesome denouement, you’re emotionally spent, but satisfied.”—Los Angeles Times

“Fans…will welcome this tale of twisted minds and the gory havoc they cause…chilling.”—Publishers Weekly