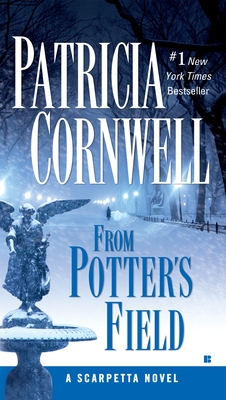 This is book number 6 in the Scarpetta series.

Upon examining a dead woman found in snowbound Central Park, Scarpetta immediately recognizes the grisly work of Temple Brooks Gault. She soon realizes that Gault's murders are but a violent chain leading up to one ultimate kill—Scarpetta herself.

Patricia Cornwell is considered one of the world's bestselling crime writers. Her intrepid medical examiner Kay Scarpetta first appeared on the scene in 1990 with Postmortem—the only novel to win the Edgar, Creasey, Anthony, and Macavity awards and the French Prix du Roman d'Aventure in a single year—and Cruel and Unusual, which won Britain's prestigious Gold Dagger Award for the best crime novel of 1993. Dr. Kay Scarpetta herself won the 1999 Sherlock Award for the best detective created by an American author. Ms. Cornwell's work is translated into 36 languages across more than 120 countries.
"Perhaps the best entry in the Scarpetta series yet."—New York Daily News