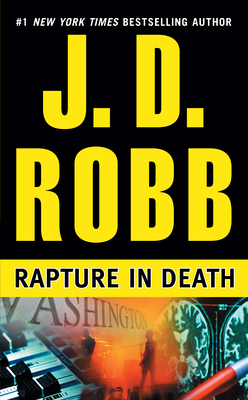 This is book number 4 in the In Death series.

Lieutenant Eve Dallas delves into the world of virtual reality gaming to stop a sadistic killer in this In Death novel from #1 New York Times bestselling author J. D. Robb.

They died with smiles on their faces. Three apparent suicides: a brilliant engineer, an infamous lawyer, and a controversial politician. Three strangers with nothing in common—and no obvious reasons for killing themselves. Police lieutenant Eve Dallas finds the deaths suspicious. And her instincts pay off when autopsies reveal small burns on the brains of the victims.

Was it a genetic abnormality or a high-tech method of murder? Eve’s investigation turns to the provocative world of virtual reality games—where the same techniques used to create joy and desire can also prompt the mind to become the weapon of its own destruction...
J. D. Robb is the pseudonym for a #1 New York Times bestselling author of more than 200 novels, including the bestselling In Death series. There are more than 500 million copies of her books in print.

Praise for Rapture in Death