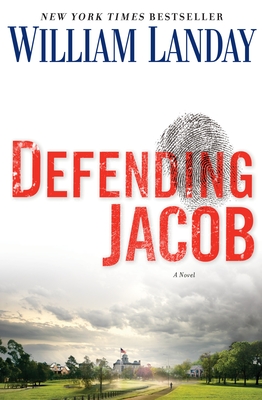 “Engrossing from the first page, Defending Jacob will keep you on the edge of your seat and then it will break your heart. What appears to be the story of a lovely family with a teenage son becomes a nightmare of suspicions, accusations, isolation, condemnation, and ultimately tragedy when an assistant district attorney and his wife watch as their only son is arrested for the murder of a classmate. We tend to see those we love with our hearts, which is not always the same as reality, and life can come crashing down in a hurry. I was blown away by this book!”
— Susan Wasson, Bookworks, Albuquerque, NM

Andy Barber has been an assistant district attorney for two decades. He is respected. Admired in the courtroom. Happy at home with the loves of his life: his wife, Laurie, and their teenage son, Jacob. Then Andy’s quiet suburb is stunned by a shocking crime: a young boy stabbed to death in a leafy park. And an even greater shock: The accused is Andy’s own son—shy, awkward, mysterious Jacob.

Andy believes in Jacob’s innocence. Any parent would. But the pressure mounts. Damning evidence. Doubt. A faltering marriage. The neighbors’ contempt. A murder trial that threatens to obliterate Andy’s family. It is the ultimate test for any parent: How far would you go to protect your child? It is a test of devotion. A test of how well a parent can know a child. For Andy Barber, a man with an iron will and a dark secret, it is a test of guilt and innocence in the deepest sense.

How far would you go?

“A novel like this comes along maybe once a decade . . . a tour de force, a full-blooded legal thriller about a murder trial and the way it shatters a family. With its relentless suspense, its mesmerizing prose, and a shocking twist at the end, it’s every bit as good as Scott Turow’s great Presumed Innocent. But it’s also something more: an indelible domestic drama that calls to mind Ordinary People and We Need to Talk About Kevin. A spellbinding and unforgettable literary crime novel.”—Joseph Finder

“Defending Jacob is smart, sophisticated, and suspenseful—capturing both the complexity and stunning fragility of family life.”—Lee Child

“Powerful . . . leaves you gasping breathlessly at each shocking revelation.”—Lisa Gardner

“Disturbing, complex, and gripping, Defending Jacob is impossible to put down. William Landay is a stunning talent.”—Carla Neggers

“Riveting, suspenseful, and emotionally searing.”—Linwood Barclay
William Landay is the author of The Strangler, a Los Angeles Times Favorite Crime Book of the Year, and Mission Flats, winner of the Creasey Memorial Dagger Award for Best First Crime Novel and a Barry Award nominee. A former district attorney who holds degrees from Yale and Boston College Law School, Landay lives in Boston, where he is at work on his next novel of suspense.

“Gripping, emotional murder saga . . . The shocking ending will have readers pulling up their bedcovers to ward off the haunting chill.”—People

“Landay turns out to be creating a clever blend of legal thriller and issue-oriented family implosion . . . nothing is predictable. All bets are off.”—Janet Maslin, The New York Times

“William Landay makes bold use of his genuine storytelling gift, his amazing ability to craft believable dialogue, and, above all, his extraordinary understanding of what it means to be a husband and father to present us with an unforgettable tale of an ordinary marriage and family in crisis.”—Nicholas Sparks

“A stunning novel that will be compared to classic courtroom thrillers like Presumed Innocent and Anatomy of a Murder.”—Phillip Margolin

“So well-written, every character so movingly and convincingly drawn, the plot so utterly enthralling . . . Defending Jacob is absolutely stellar, first-rate fiction—human, sensitive, and gripping in the extreme.”—Lisa Unger

“More than a terrific legal thrill ride, Defending Jacob is an unflinching appraisal of the darkest, most poignant consequences of the love that binds, and blinds, families. It’s one of those rare books that call for contemplation and insight along with every breathtaking surprise.”—Stephen White

“Landay spins a tale of such complexity and emotion that you don’t even realize you’re spiraling deep into his world until he spits you out at his shocking, shattering conclusion.”—Carla Buckley

“Sensational . . . one of the best books of the year.”—John Lutz

“A carefully plotted and precisely written thriller about a family put to the ultimate test . . . Defending Jacob is bound to enthrall.”—Thomas H. Cook

“Do you like a mystery with a good twist at the end?  How about one with the literary equivalent of skating’s triple axel? . . . Hang on for that shocking and yet believable ending—with a triple twist you won’t see coming.”—Portland Oregonian

“Like John Grisham and Scott Turow, Landay is a lawyer with a solid grasp of how to use courtroom scenes to advance his jigsaw-puzzle story. . . . With a grabby premise and careful plotting, he keeps you turning the pages through the shocking gut-punch of an ending.”—Entertainment Weekly

“Harrowing . . . This searing narrative proves the ancient Greek tragedians were right: the worst punishment is not death but living with what you—knowingly or unknowingly—have done.”—Publishers Weekly (starred review)

“Even with unexpected twists and turns, the two narratives interlock like the teeth of a zipper, building to a tough and unflinching finale.  This novel has major motion picture written all over it.”—The Boston Globe

“Defending Jacob is a novel that comes to you out of the blue and manages to keep you reading feverishly until the whole thing is completed. . . . Landay has written a stunning novel and it is one that should draw attention to the possibilities it raises.”—Huffington Post