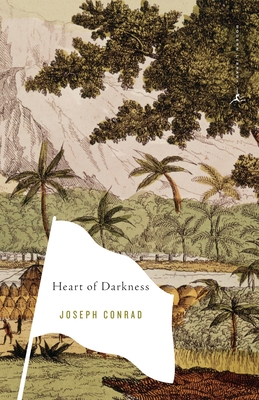 Originally published in 1902, Heart of Darkness remains one of this century’s most enduring works of fiction. Written several years after Joseph Conrad’s grueling sojourn in the Belgian Congo, the novel is a complex meditation on colonialism, evil, and the thin line between civilization and barbarity. This edition contains selections from Conrad’s Congo Diary of 1890—the first notes, in effect, for the novel, which was composed at the end of that decade. Virginia Woolf wrote of Conrad: “His books are full of moments of vision. They light up a whole character in a flash. . . . He could not write badly, one feels, to save his life.”

Caryl Phillips is the author of many works of fiction and nonfiction. His novel A Distant Shore won the Commonwealth Writers’ Prize and was a finalist for the PEN/Faulkner Award. His other awards include the Martin Luther King Memorial Prize, a Guggenheim Fellowship, and the James Tait Black Memorial Prize. Phillips is a Fellow of the Royal Society of Literature and lives in New York City.