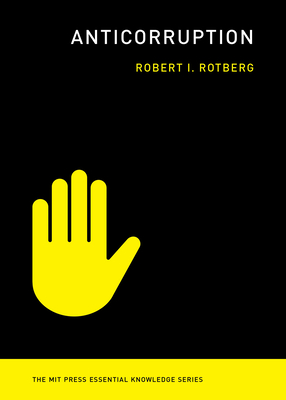 By Robert I. Rotberg
Email or call for price
Backordered- may take 2 -3 weeks

Winning the anticorruption battle: a guide for citizens and politicians.

The phenomenon of corruption has existed since antiquity; from ancient Mesopotamia to our modern-day high-level ethical morass, people have sought a leg up, a shortcut, or an end run to power and influence. In this volume in the MIT Press Essential Knowledge series, Robert Rotberg, a recognized authority on governance and international relations, offers a definitive guide to corruption and anticorruption, charting the evolution of corruption and offering recommendations on how to reduce its power and spread. The most important component of anticorruption efforts, he argues, is leadership that is committed to changing dominant political cultures.

Rotberg explains that corruption is the conversion of a public good into personal gain—either by the exchange of cash for influence or by the granting of special favors even without explicit payments. He describes successful anticorruption efforts in countries ranging from Denmark and Sweden to Canada and Costa Rica, and discusses the roles of judicial systems, investigative journalism, multinational corporations, and technological advances. He shows how the United States has become more corrupt than before, and contrasts recent US and Canadian experiences.
Without sufficient political will to eliminate corruption, it persists. Rotberg outlines thirteen practical steps for battling corruption, including removing holdover officials tainted by corruption and the public declaration of financial assets by elected officials and appointees.

Robert I. Rotberg is President Emeritus of the World Peace Foundation, Founding Director of Harvard Kennedy School's Program on Intrastate Conflict, and Fellow of the American Academy of Arts and Sciences. He is the author of The Corruption Cure: How Citizens and Leaders Can Combat Graft, Things Come Together: Africans Achieving Greatness in the Twenty-First Century, Transformative Political Leadership, and numerous other books.

"Robert Rotberg offers a comprehensive, yet compact, examination of how corruption corrodes societies in which it is allowed to take hold, and how to combat it."
—Porchlight