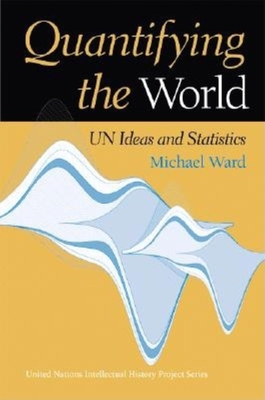 Good data, Michael Ward argues, serve to enhance a perception about life as well as to deepen an understanding of reality. This history of the UN's role in fostering international statistics in the postwar period demonstrates how statistics have shaped our understanding of the world. Drawing on well over 40 years of experience working as a statistician and economist in more than two dozen countries around the world, Ward traces the evolution of statistical ideas and how they have responded to the needs of policy while unraveling the question of why certain data were considered important and why other data and concerns were not. The book explores the economic, social, and environmental dimensions of the UN's statistical work and how each dimension has provided opportunities for describing the well-being of the world community. Quantifying the World also reveals some of the missed opportunities for pursuing alternative models.

Michael Ward graduated with combined honors in economics and statistics from the University of Exeter and with an M.A. from the University of Cambridge. His first appointment was as an official statistician in Central Africa, where he acquired the basics of the craft of data collection in the field. He is past Director of Studies in Economics and Dean of Selwyn College, University of Cambridge, and a former Principal Economist in Operations (Southeast Asia) and Policy at the World Bank. Mr. Ward has authored many articles and official reports in both applied economics and statistics and has published several books. In 1999, in Helsinki, he was awarded the Henry Methorst Medal of the International Statistical Institute for outstanding contributions to international statistics. In 2000, he was elected Chair of the International Association for Research in Income and Wealth and currently serves on its Council. He is also on the Statistical Advisory Panel for the Human Development Report.