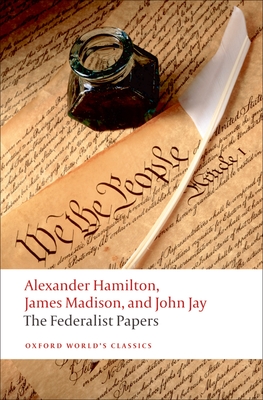 
Email or call for price.
The Federalist Papers--85 essays published in the winter of 1787-8 in the New York press--are some of the most crucial and defining documents in American political history, laying out the principles that still guide our democracy today. The three authors--Alexander Hamilton, James Madison, and
John Jay--were respectively the first Secretary of the Treasury, the fourth President, and the first Chief Justice of the Supreme Court in American history. Each had played a crucial role in the events of the American Revolution, and their essays make a compelling case for a new and united nation,
governed under a written Constitution that endures to this day. The Federalist Papers are an indispensable guide to the intentions of the founding fathers and a canonical text in the development of western political thought. This is the first edition to explain the many classical, mythological, and
historical references in the text, and to pay full attention to the erudition of the three authors, which enabled them to place the infant American republic in a long tradition of self-governing states. About the Series: For over 100 years Oxford World's Classics has made available the broadest spectrum of literature from around the globe. Each affordable volume reflects Oxford's commitment to scholarship, providing the most accurate text plus a wealth of other valuable features, including expert
introductions by leading authorities, voluminous notes to clarify the text, up-to-date bibliographies for further study, and much more.

Lawrence Goldman is Fellow and Tutor in Modern History, St Peter's College, Oxford. He is the editor of the Oxford Dictionary of National Biography and has published widely on nineteenth- and twentieth-century British History, including Britain's social and political relations with the UnitedStates.