Grand Transitions: How the Modern World Was Made (Hardcover) 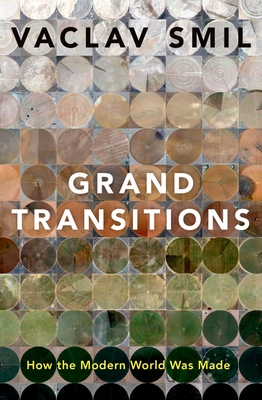 Grand Transitions: How the Modern World Was Made (Hardcover)


Usually Ships in 3-7 Days
What makes the modern world work? The answer to this deceptively simple question lies in four grand transitions of civilization--in populations, agriculture, energy, and economics--which have transformed the way we live. Societies that have undergone all four transitions emerge into an era of radically different population dynamics, food surpluses (and waste), abundant energy use, and expanding economic opportunities. Simultaneously, in other parts of the world, hundreds of millions remain largely untouched by these
developments. Through erudite storytelling, Vaclav Smil investigates the fascinating and complex interactions of these transitions. He argues that the moral imperative to share modernity's benefits has become more acute with increasing economic inequality, but addressing this imbalance would make it exceedingly
difficult to implement the changes necessary for the long-term preservation of the environment. Thus, managing the fifth transition--environmental changes from natural-resource depletion, biodiversity loss, and global warming--will determine the success or eventual failure of the grand transitions
that have made the world we live in today.

Vaclav Smil is Distinguished Professor Emeritus at the University of Manitoba. The author of more than 40 books, he conducts interdisciplinary research in energy, environmental and population change, food production and nutrition, technical innovation, risk assessment, and public policy. He hasworked globally as a consultant and frequently delivers invited talks at conferences and workshops throughout the world.