Quarrels That Have Shaped the Constitution: Revised and Expanded Edition (Paperback) 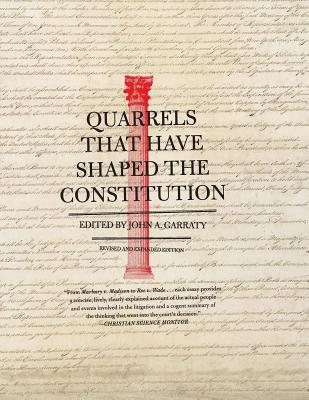 Quarrels That Have Shaped the Constitution is a classic collection of essays on groundbreaking decisions passed down from the nation's highest court that have had profound and irrevocable impact on the ultimate laws of the land. From the Dred Scott case to Roe v. Wade, from the court of Chief Justice John Marshall to the justices of the modern era—here are fascinating, surprising, often inspiring stories of personal conflicts and the resolutions that influence the lives we live today. More than simply focusing on the significance of the decisions themselves, these essays introduce a remarkable cast of characters from every social strata—smugglers and slaves, bankers and butchers, rebels, servants, laborers, and tycoons—each of whom now has an indelible place in American history.